In 2012 I was contacted by Nicolina Montesano Montessori, then visiting scholar at the VU University of Amsterdam, to participate in a research paper on social entrepreneurship (SE). I then held the role of national coordinator for The Zeitgeist Movement Netherlands and was interviewed alongside two other social movements that also “show a strong inclination towards social transformation, while being rooted in organizational structures, therefore considered ‘social entrepreneurial movements’.”

I hope the quotes underneath will inspire further reading of the whole research paper, as was published in the international journal Entrepreneurship & Regional Development, Volume 28, 2016.

This research paper, “contributes to SE literature on emancipation, defined as ‘breaking free’ when further developing the method in the direction of world-making, defined as ‘creating new worlds’. This study suggests that transition theory can be useful for the study of the impact of social entrepreneurial movements.”

I situate these movements in the social context of the entrepreneurization of Dutch society, the need for a moral economy to address the current financial and ecological crises, and the urge for rethinking humanity in terms of a dialectic ‘web of life’. Within this context, I strongly suggest that these movements have the potential to play an important role in the emancipation of democratic citizenship and the emancipation and survival of humans and nature, thus representing what Harvey (2000 Harvey, D. 2000. Spaces of Hope. Berkeley: University of California Press. [Google Scholar]) called ‘spaces of hope’. It is for these reasons that I claim that these movements deserve academic attention. In performing this study, I addressed the following research questions:
(1) How can a new methodology be developed that allows for the analysis of social movements in the light of SE as emancipation and world-making?
(2) What are, in these cases, particular moments in the transition from formulating world views to engaging in world-making?

Goals and orientations of the movements
For Zeitgeist, the goal is to create consciousness and awareness, so that new actions emerge, out of which a new mentality will emerge. The desired change is to move away from outdated paradigms that maintain an unjust financial economy that creates scarcity towards an economy based on abundance facilitated by modern technology and science, the so-called natural law/resource-based economy or RBE.

Internal and external leadership
The interviewee of Zeitgeist stated that he is a coordinator rather than a leader. He will hold his position as long as he wants to do it and others trust him to do it.

During this research we should let go of the term “leader”. I am a coordinator. That is not just a difference in words. I facilitate the work of volunteers. I have no formal power. (…) We are now going to improve the website so that people in the regions can find each other. If I have all the information, I have more knowledge than others. That will give me power. But this new website will make the role of coordinator redundant. (19:58–22:00)

Narrative dimensions
Zeitgeist depicts, in its goals and orientation (Table 1), a meta–narrative that analyses the world as situated in an economy of scarcity of resources. The ontological narrative depicts present-day society as the result of old power structures that can now be modified due to the role of technology and science. Powerful groups, considered a symptom of the dominant social–economic system, keep scarcity in place while resisting potential changes towards a sustainable, abundant economy. However, Zeitgeist envisions the world as a place of abundant resources to which all people should have equal access via local, decentralized use of technology providing abundance, which allows the community to shape itself around its personal/communital needs rather than the needs of the elite of the global economy.

Conclusion
Without claiming that these movements are perfect, I do claim that they are acutely relevant in a world of increased dehumanization and technological advances since they hold the promise of creating spaces for hope and human agency in a time when democratic governments are failing to do so. They offer space for citizens around the world to contribute to the kind of civic emancipation that Sayer (2014 Sayer, A. 2014. Why We Can’t Afford the Rich. Bristol: Policy Press.[Crossref] [Google Scholar]) calls for and the dialectical utopianism that Harvey (2000 Harvey, D. 2000. Spaces of Hope. Berkeley: University of California Press. [Google Scholar]) advocates. 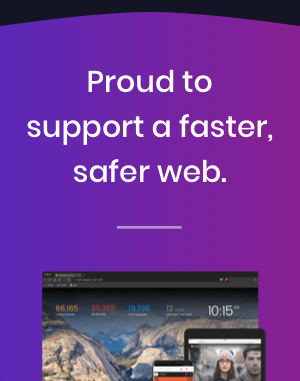